NZPPS have been awarding the NZPPS Research Scholarship for 30 years and to celebrate the Executive thought it would be interesting to have a “Where are they now?” section in our Newsletter and on the website.

Our first contributor is Dr Mike Cripps, who received the NZPPS Research Scholarship in 2006.

I was awarded the 2006 NZPPS research scholarship during my PhD for work related to biological control of Californian thistle (Cirsium arvense). Rather uniquely, my current work is essentially on the same topic.

After my PhD, I spent a couple of years as a postdoctoral scholar investigating potential extended effects of endophytes of pasture grasses in New Zealand. That was an interesting deviation from my primary research interest in biological control.

In 2012, I joined AgResearch where I investigate biological control options for weed management, with a current focus on thistle weeds. Over the past few years I have been evaluating the effectiveness of the biocontrol beetle, Cassida rubiginosa (green thistle beetle), that was released against Californian thistle during my PhD.  Now, over a decade later, I have reported on the first signs of success of this biocontrol agent. The continuity of research has been rewarding and productive.

When I received the scholarship in 2006 I would have never thought I would be still be working on the same subject over 10 years later (or even still living in New Zealand). It’s interesting to consider how the scholarships awarded today will impact New Zealand plant protection in the decades to come. I would encourage current students to apply for NZPPS scholarships, and to present their research at the society’s conferences. 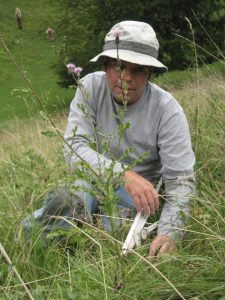 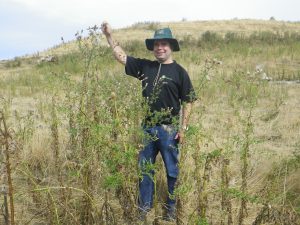 No events booked yet