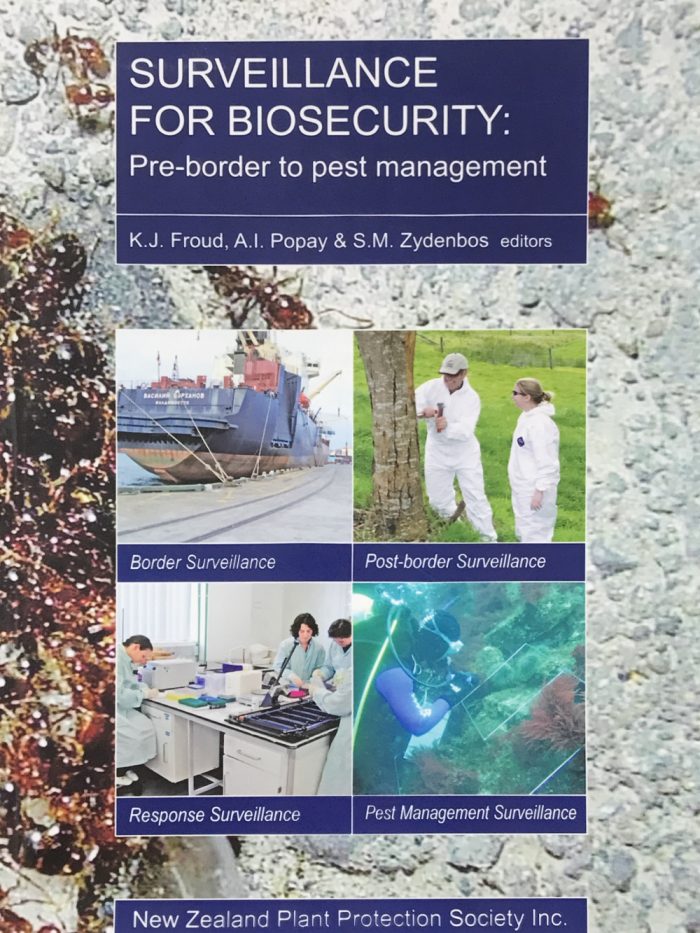 New Zealand's distance from other land masses and its relatively recent human occupation explain why some of the worst pests and diseases that afflict agriculture and the natural environment elsewhere have not reached our shores. Our biosecurity system, the envy of many other countries, aims to keep it that way. To do that, national biosecurity relies on surveillance - watching for routes by which foreign organisms might get here, looking for new incursions early so that they can be stopped, and using surveillance to detect and stop pests spreading into new areas. The papers presented at the symposium on Surveillance for Biosecurity are now made available here. They represent current New Zealand thinking on how best to find new invasion routes and pests early enough to interrupt the seemingly inexorable spread of invasive pests and diseases to all corners of the globe.